The History of the Igbo Catholic Community, Houston (ICCH) 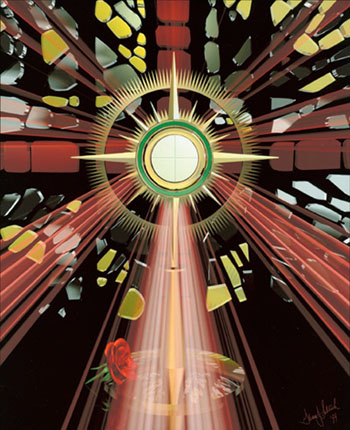 Masses in Igbo language had been celebrated in the Houston area to mark occasions like weddings, christening, and or requiems dating back to about 1984. Among the reverend fathers who conducted such masses were Romanus Muoneke, Chikwendụ Akpụnọnụ and Anyanwụ.
However, in the 1994, Mrs. Veronica Ohazurume initiated the celebration of Catholic mass in Igbo language on a regular and sustained basis when she pleaded with Fr. Wence Madu, a visiting Igbo priest, to help organize Igbo mass for the sake of her mother, Mrs Catherine Okereke and other visiting parents that could neither speak nor understand the English language. Following this request, Fr. Madu obtained the permission of Fr. Brian Fox, the pastor of St. Francis Xavier parish, to use his parish as the worship center. Frs. Madu, Ofoha, Muoneke made the arrangement for the inaugural mass of “Igbo Catholic Community, Houston.” Mrs. Vero Ohazurume made the fliers and organized the choir for this inaugural mass.
On February 6, 1994, the first Igbo Catholic Community mass was recorded in the books at St Francis Xavier Parish with the following priests in attendance; Frs. Madu, Muọneke, Ọfọha, Fox and Deacon Henry. The congregation and the priests were mixed. Consequently the mass was celebrated in both English and Igbo. Fr. Madu was the chief celebrant, Fr. Muọneke read the Gospel and Fr. Fox delivered the Homily. At end of the mass Fr. Fox reiterated his commitment to make his parish available for our regular masses and commended Mrs. Vero Ọhazurume for her efforts in bringing the celebration of masses in Igbo for the Igbo Catholic Community in Houston to fruition. Fr. Madu emphasized the importance of the Igbo mass but stressed that it is left for the Igbo Catholic members to continue or not. The community chose to continue. Several Igbo priests like Fr. Madu, Fr. Dennis Osuagwu, Fr. Oliver Obele, Fr. Paul Ofoha, Fr. Romanus Muoneke and others were on hand to keep the monthly Igbo mass alive at St. Francis Xavier Parish

To direct the activities of the now formally established Igbo Catholic Community, the following were asked to serve; Sir Cyprain Obiọzọr- president, Dr Sebastine Osueke-catechist, Sir Emmanuel Nnabuife- secretary, Mrs. Grace Nweke-women leader, Mrs Nneka Ike-Sunday bulletin publisher. One of the goals of the leadership was to bring our children together to meet and know themselves. The men and women volunteered to bring various snacks every Sunday that we met for entertainment. During our stay at St Francis Xavier parish, Bishop Ochiagha of Orlu Diocese and Archbishop Obinna of Owerri Archdiocese visited Igbo Catholic Community.
On April 12 1998, Easter Sunday, Archbishop emeritus, Joseph Fiorenza, the then Bishop of Galveston – Houston Diocese, officially celebrated mass for the Igbo Catholic Community. This visit and the holy mass, put a stamp of approval on the Igbo Catholic Community in Houston.
By March 3, 1999, His Eminence, Cardinal Francis Arinze visited Igbo Catholic Community on invitation. He celebrated masses with us, through the Holy Week, which culminated with a huge gathering for the Easter mass held at the Charismatic Center on 5th of April 1999. He left for Rome on the next day.

When Fr. Fox left St. Francis Xavier parish in 1999, ICCH lost the use of the parish as the worship center. Fortunately, Fr. Ibe was assigned to St. Anne parish, September 24 1999 and he made his parish available to Igbo Catholic Community. During this time, the leadership changed hands; Dr. Mike Umeorah - president, Nick Chukwu-catechist and Chris Odume –asst. cathecist, Emmanuel Nnabuife - secretary and Cornelius Nwokenaka- treasurer. Our stay with Fr. Ibe at St. Anne was short lived. However, Igbo Catholic Community installed a new glass window in the church, with the Igbo Catholic Community name etched on it at a cost of one thousand dollars ($1,000.00)..

In 2003 ICCH left St. Anne for St. Nicholas parish in downtown. This time a council was formally appointed with the following as the officers; Chief Goddy Orgor – president, Sir Sylva Ofoh, secretary; Sir Tony Ugbala, financial secretary; Chris Odume, Catechist; Dr Nick Muoneke, treasurer; Chuby Achuama, sacristan; Finbarr Mmegwa, choir master. There were other volunteer members of the council. Council meetings were held in a private business office along South Main Street, owned by chief Goddy Orgor, every second Saturday of each month. Fr Felix Elosi was the chaplain for a short time before he left for Nigeria. Fr Paul Asih was appointed by Fr Ralph Asika, the Superior of the MSP then, to replace Fr. Elosi.
During this period, Frs. Reuben Nwankwo and Leonard Onwumere joined the Community. Fr. Reuben Nwankwo was later appointed the Spiritual Director by the Council. During his tenure, which covered the traansitional period between the exit of Fr. Asih and entry of Fr. Muoneke as the chaplain, he helped with our choir and wakes and conducted the sacraments. Rev. Fr. James Ekeocha, then a seminarian, also helped shape our choir which gained the recognition of the archdiocese. The choir since then has performed at different events within the archdiocese and beyond including singing at the ordination of Fr. James Ekeocha himself at Austin.
The newly appointed leadership of the ICCH formulated a mission statement thus: “We, members of the Catholic faith of Igbo descent based in Houston, Texas, USA, committed to imparting the Igbo culture and language in our children born in foreign lands, and preservation of same in us and our visiting aged parents; pledge ourselves to the establishment of a Catholic worship center where the medium of worship and religious instructions would be based on Igbo language and culture.” The council identified membership growth, finding a befitting and permanent place for worship and acquisition of land and construction of a worship and cultural community center the primary goals. To raise the funds for the achievement of these and other vital goals, conduction of annual bazaars and dinners were put in place.

The first bazaar was held in October of 2003, at St Nicholas parish. The month of October and the first quarter of the year has since become an ICCH tradition for holding annual bazaars and dinners respectively. On January 15, 2004, Igbo Catholic Community leadership signed a five-year contract with St Mary of Purification Parish for a place to worship. This contract has since been renewed for another five years.

Following the exit of Fr Asih and to ensure the stability of the organization, the council applied to the Archdiocese for appointment of a Chaplain who should be of Igbo origin and fluent in Igbo language. Names were recommended by the council to the archdiocese office for consideration. In 2005, Fr Romanus Okey Muoneke , a pioneer member of ICCH, was appointed the chaplain of ICCH by Archbishop emeritus, Joseph Fiorenza

The current women groups include; St Anthony’s, St Michael’s, Mystical Rose and Immaculate Heart. The groups are led by Lady Ngozi Nwokenaka, Lady Calista Nnabuife, Mrs Meg Ibeh and Ms Carol Akukoro respectively. On the part of the men, the same group names used by the women are adoped by the men. In the order of the names, the following are the men’s group leaders; Dr Cyprain Dike , Sir Emmanuel Nnabuife, Dr Lambert Okoro, and chief Aloysius Agugo.

Mrs. Grace Nweke led the women from the inception of ICCH until she resigned in 2007 to further her education. Following her resignation, Lady Calista Uche Nnabuife was asked to lead the women until a formal election that brought Mrs. Vero Ohazurume to the leadership was conducted. The men are yet to elect an overall men’s leader as the women have done. For a successful administration, the new council set up ministries and committees, drawing members from within the council and the congregation to head these ministries/committees. These ministries/committee include; Youths, sacristy, music, publication (ministries), bazaar (ad hoc committee) (chief Emeka Aňụjulu), welfare, culture (Dr. Nick Muoneke), records and archives, building fundraising, hospitality/socials (standing committees),

The ICCH has also made the following accomplishments in addition:

Produced the design sketches of the proposed Community Cultural and Worship Center, the construction of which is expected to start in the first quarter of 2010.

Established a web site for the organization.

Setting aside a period in the year for the recognition and encouragement of the youths.
Observing important Church feast days such as mothers’ and fathers’ day, Easter, Christmas, Family Day etc.
The most important sweet challenge facing the ICCH now is the actualization of the proposed eight hundred- seat capacity church building and the one thousand- seat capacity banquet hall, all projected for completion during the next few years. But going by the high morale and strong sense of unity and enthusiasm demonstrated by the members so far over these years, there is no doubt that this project would be realized. The same spirit that led the members in buying and paying in full, a five acre track of land strategically located, still with reasonable amount money in the bank indicates that the achievement of this project is within reach. The spirit of generous giving and active participation by the members and friends at the past annual bazaars and dinners, definitely attest to the members’ determination to accomplish these ambitious goals. 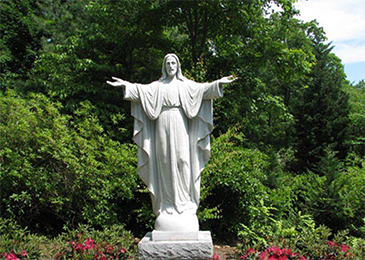 We are very grateful for the men and women that worked so hard to bring us together as we marched through the journey of faith and culture in our Houston Igbo catholic community.

Our profound gratitude goes to our past presidents: